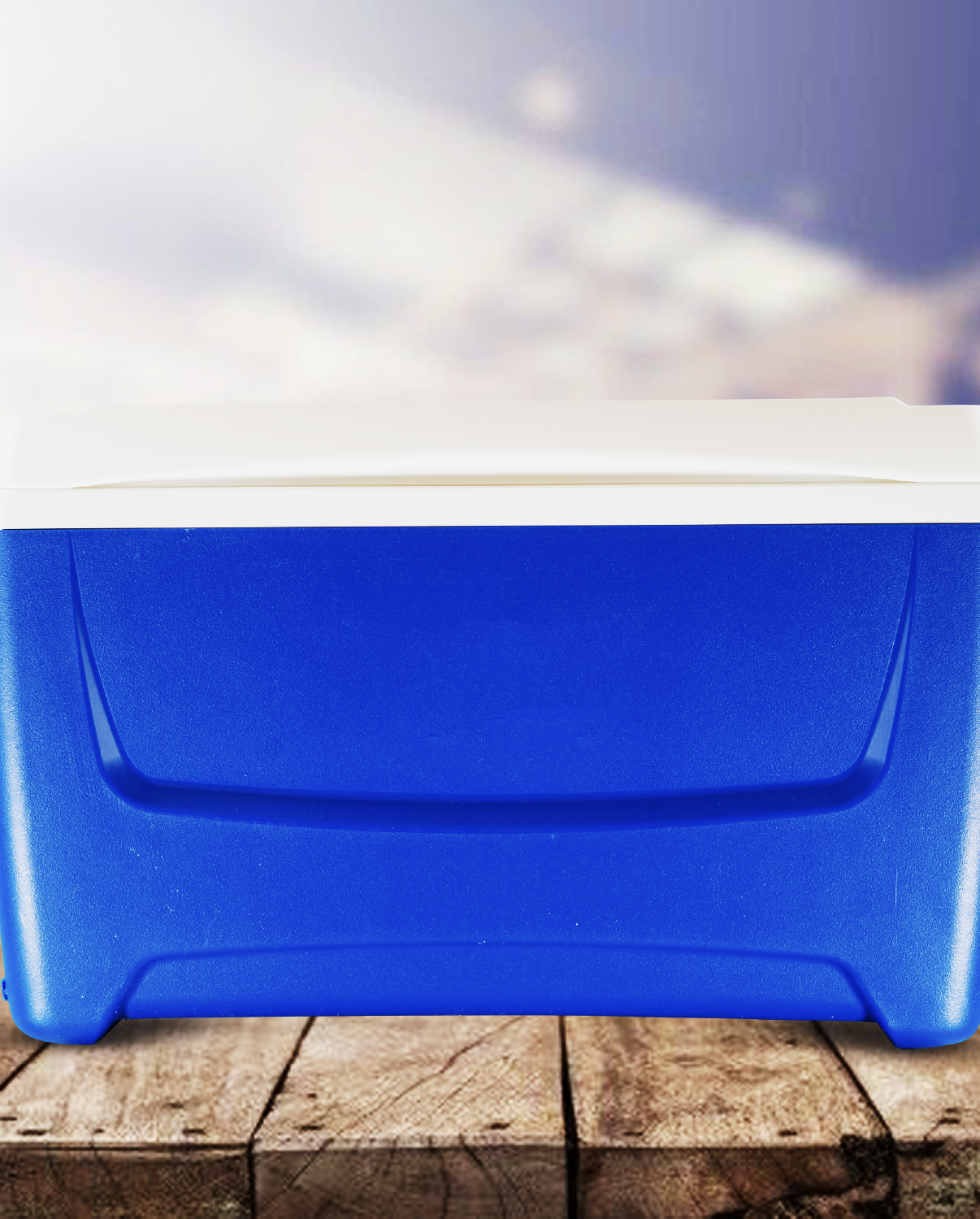 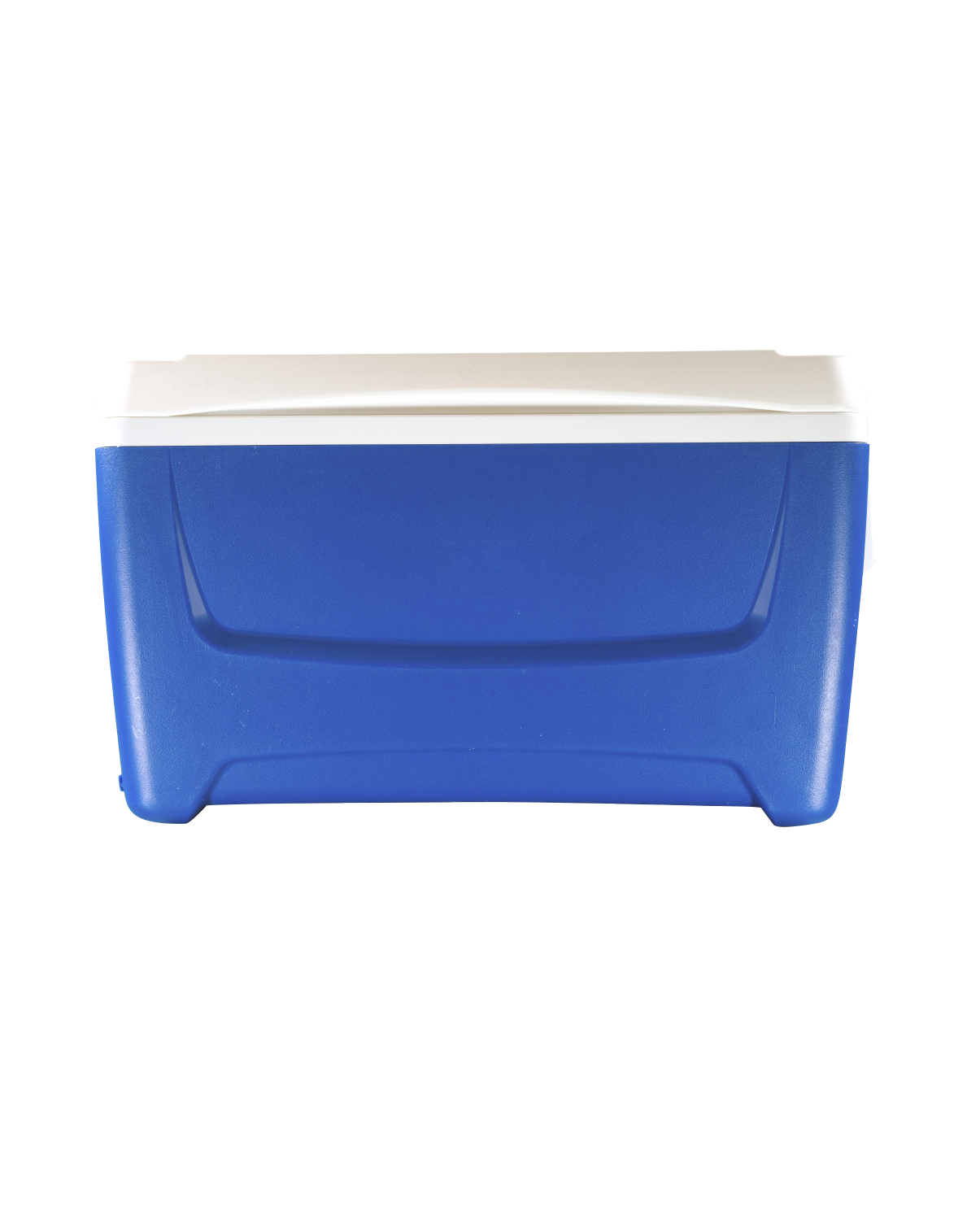 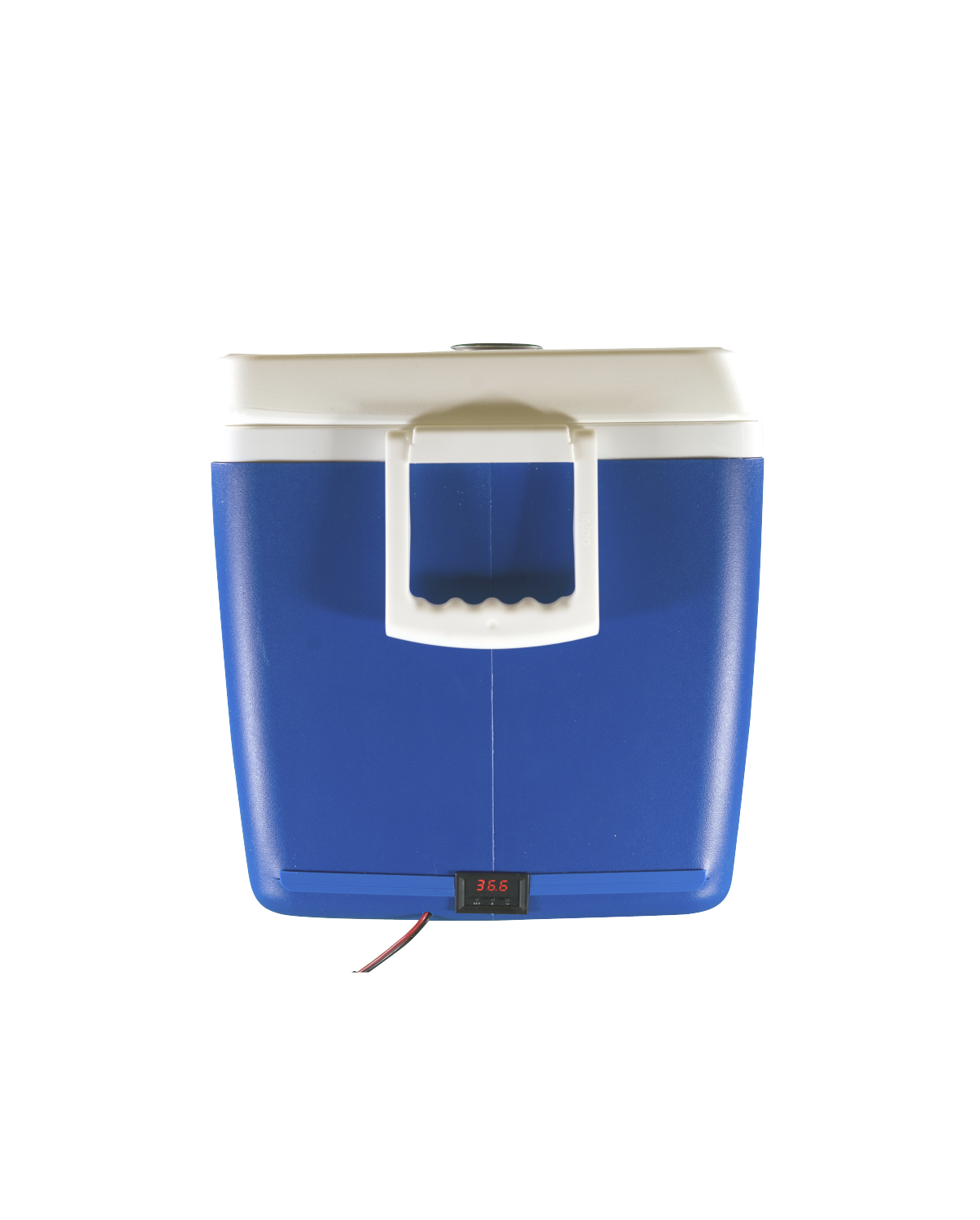 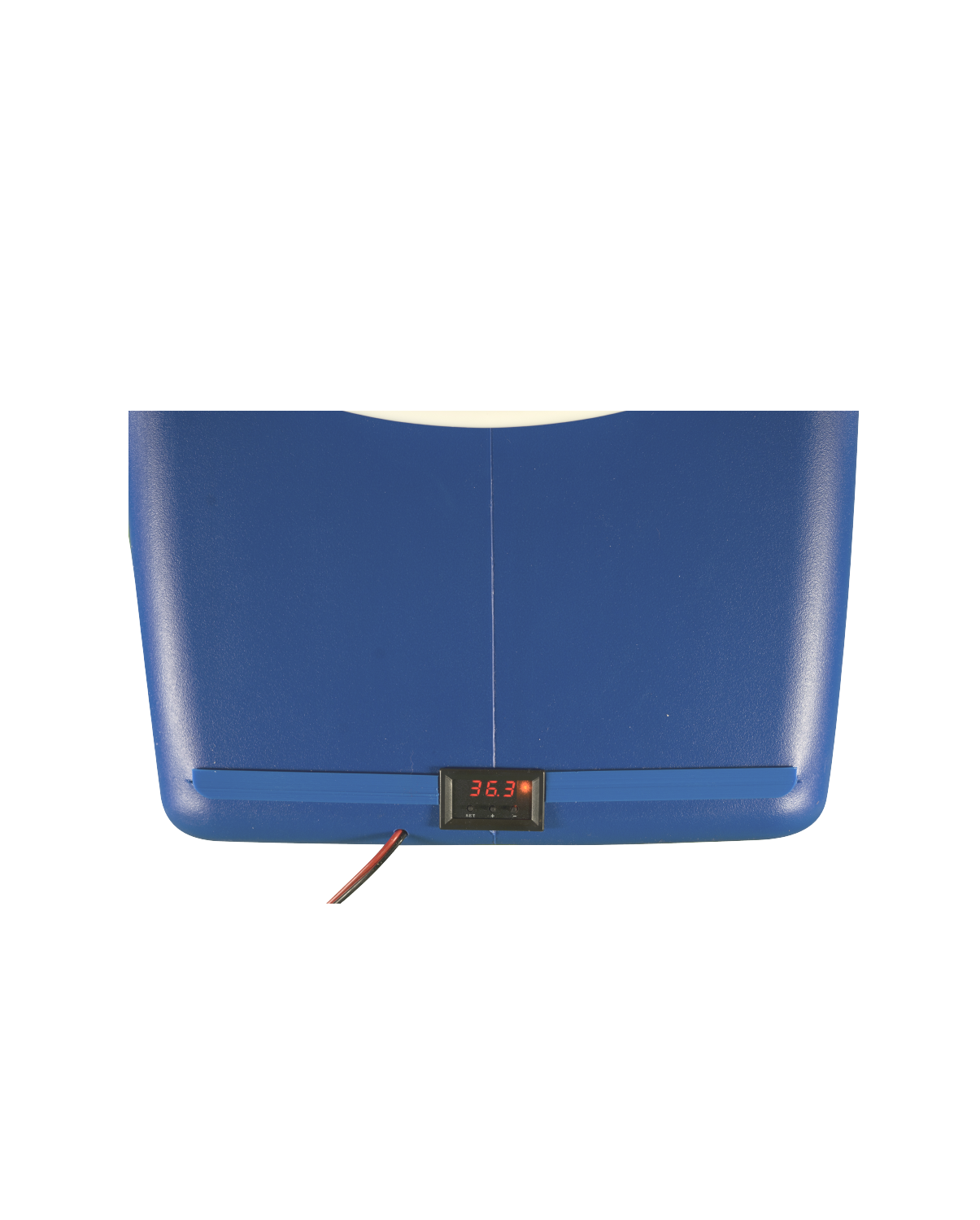 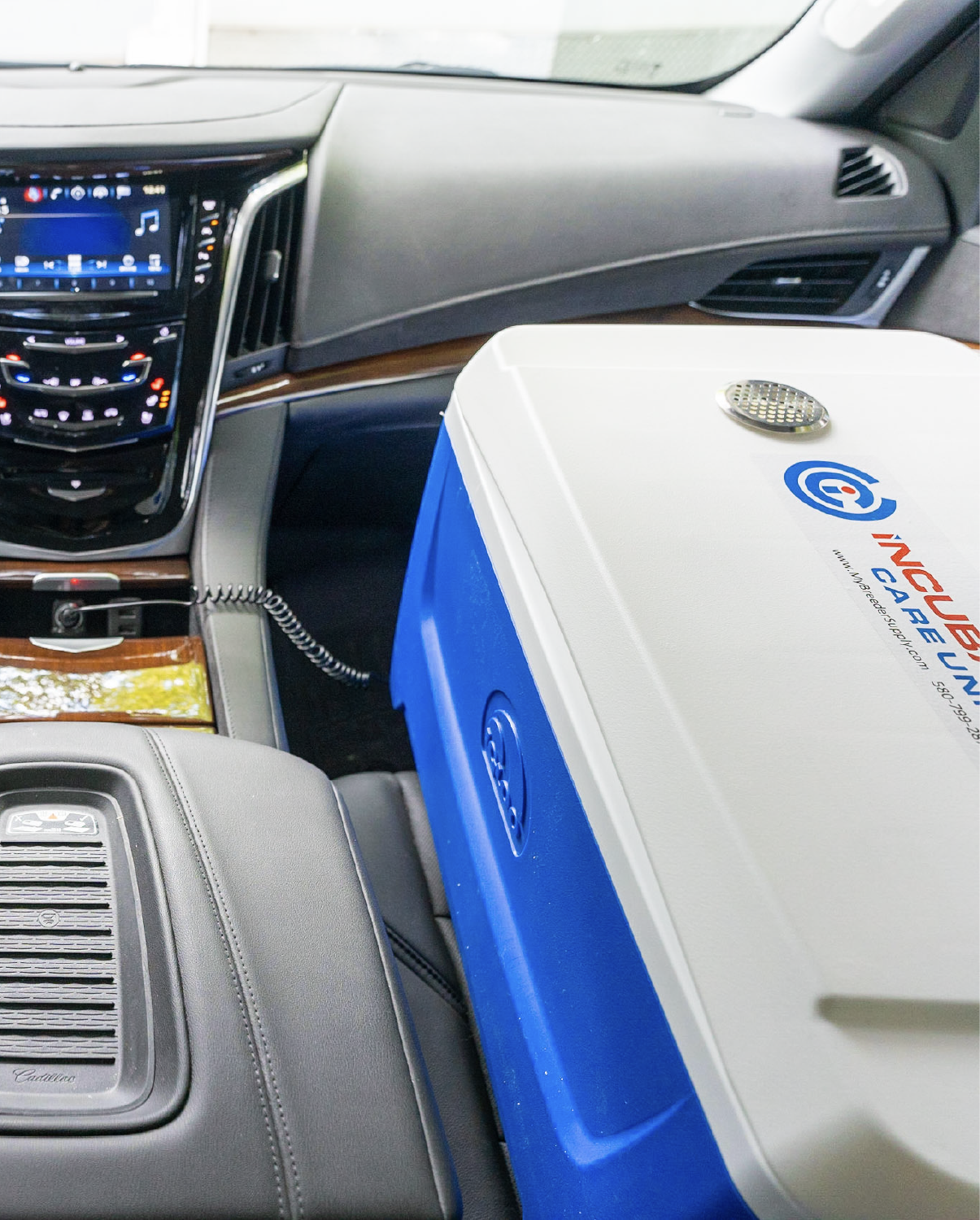 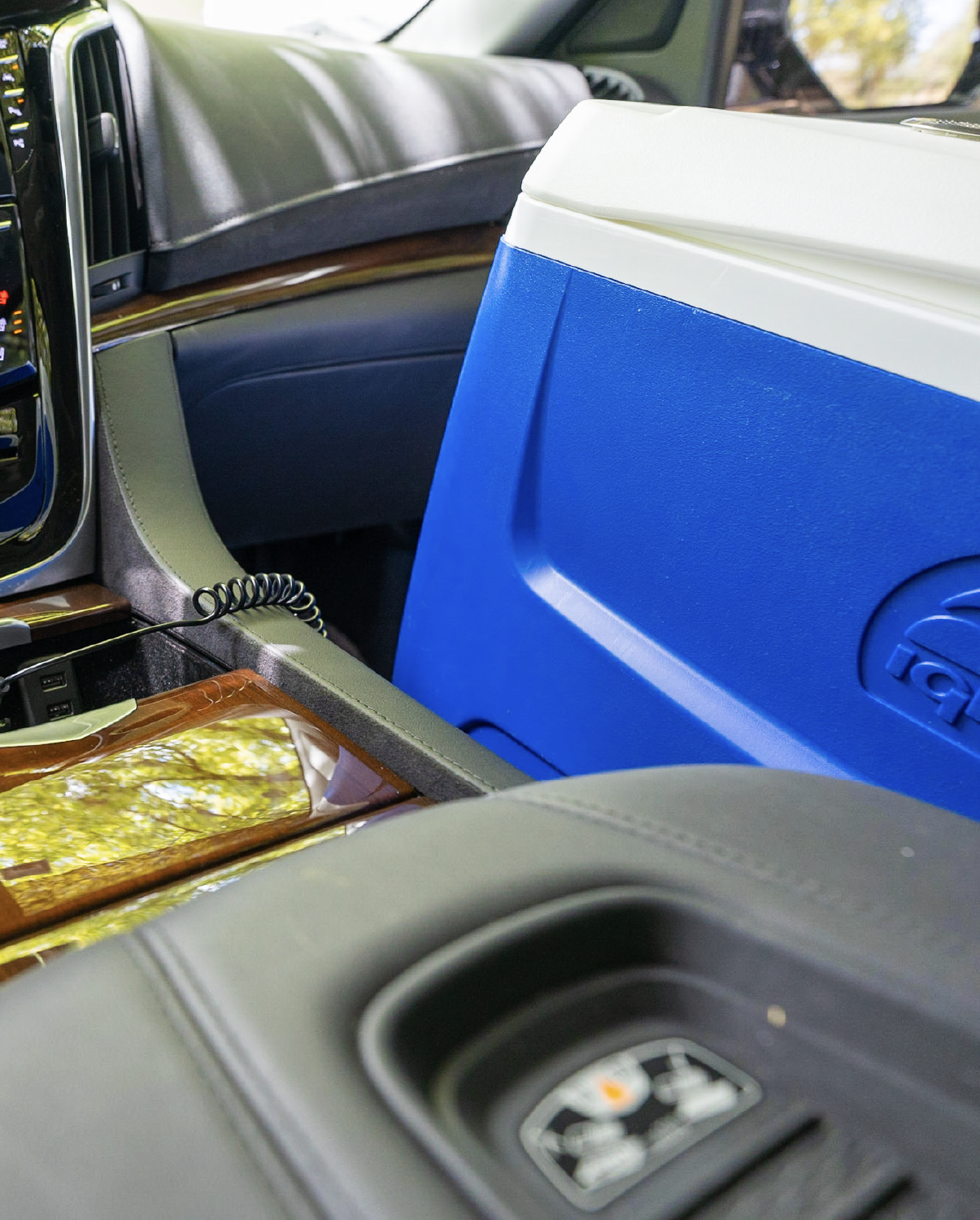 A portable incubator to keep them warm and safe. Newborn puppies need warmth more than food! Perfect environment to keep a watchful eye on those in trouble. Computer controlled floor temperature using safe 12 volt power for home or vehicle.

Newborn puppies need warmth more than food. At birth the puppy’s body temperature is the same as the mother’s, after delivery the core temperature will drops several degrees the body (rectal) temperature should fall between 95° and 99°F. If it drops below 94°F, your puppy could be facing life-threatening hypothermia. Puppies depend on their mom to maintain their body temperature. Without external heat, it doesn’t take long for a puppy to become chilled. Chilling gravely reduces the puppy’s metabolism. Newborn puppies can’t generate their own body heat until they develop the shiver reflex at around two and half weeks. Hypothermia is the single greatest problem for infant puppies. Low puppy temperatures for the first few weeks is also one of the biggest reasons for herpesvirus ** being able to successfully infect a litter.It is very important to keep puppies warm for the first week to ten days of age. If the puppies are not gaining weight and suckling properly, this should be considered as abnormal and be investigated. Most health young puppies will double their birth weight in the first 7 to 10 days of birth and then double it again within the next three weeks. It is always a good idea to keep young puppies that are sick and nursing in a warm area, the puppies resistance is weaken when exposed to chilling conditions. If they crawl away from the rest of the puppy group, it will increase the cold stress and exacerbate the onset of their deterioration. Besides keeping all he young puppies warm, the weak, less active, sick or fading puppies need special care to ensure their best chance for survival. Remember the loss of body heat and chilling is a common reason for rapid decline in sick puppies.

‍Despite our instinct to want to immediately feed a puppy in trouble, warmth is far more critical than food. Cold puppies can’t nurse or digest food. Their heart rates drop, and the circulatory and respiratory systems collapse. They won’t last long under these conditions. Warming a chilled puppy too quickly can also be fatal. Puppies that have a low body temperature should be warmed slowly over a few hours to a normal temperature of about 97°F. A normal body temperature should be reached before feeding these puppies.When you’re ready to set up the nest, place clean towels or puppy pads in the Incubator Care Unit. If the puppies are open-mouth panting, the box is too warm. Your litter can help you gauge their comfort level easier than just one puppy can. Chilled puppies will cry and gather in a pile trying to keep each other warm. Puppies that are too warm will separate and sleep apart.

‍Manufacturers of heating pads made for people do not recommend them being used on animals. Even on the low setting temperatures can get dangerously hot. Most heating pads made for people will shut themselves off after a certain time.Heat lamps will warm them up, but can also dehydrate the puppies as well as being hard to regulate their temperature. The puppies can easily become overheated with no way to escape using these methods to warm the puppies.

‍Within twenty-four hours being born, there core (rectal) temperature should be 95° to 97°F Their temperature steadily increases, until at 3 weeks of age the rectal temperature is 98° to 100°F Eventually they’ll sustain a normal temperature of 101.5°F.During the first week of life, puppies do not have the capacity to constrict the blood vessels at the surface of their skin to retain heat. A newborn is able to maintain a body temperature 10°F to 12°F above his immediate surroundings for only short periods. When the heat source, (the mother, other puppies, blankets and Incubator Care Unit), is removed for 30 minutes or so in a 72°F room the puppies core temperature can quickly falls to 94°F or below where the puppy faces life-threatening hypothermia.The air temperature in the Incubator Care Unit should be kept at 85° to 90°F for the first week. The second week, reduce the air temperature to 80°F. Then reduce the temperature gradually so that it’s about 70°F when the litter is 6 weeks old.

Use common sense. If the puppies are piled on top of each other all the time, they are cold. If the puppies are spread far apart and panting, they are too warm. If they lay next to each other, the temperature is fine.Keep the moisture in a range comfortable for humans. In a homemade box area, a towel moistened with water and placed over the box will help add moisture.

‍Canine herpes virus (CHV), also known as “fading puppy syndrome,” is a viral infection that affects the reproductive organs of adult dogs. While adult dogs infected with CHV usually do not show any symptoms, the infection is the leading cause of death in newborn puppies. One puppy in a litter may be affected, and death may occur abruptly, with little or no warning, or an entire litter may perish within a 24-hour period. If the disease is contracted when the puppies are older than three weeks, it is often less severe. Older puppies have a much better chance of survival, but may have long-term effects of a persistent CHV infection.Anytime newborn puppies are observed to be unwell or “fading,” it is crucial that you contact the vet. If CHV is confirmed, treatment can begin with antiviral medication and supportive care. It is also important to keep puppies warm, as the virus requires a low temperature to survive. Unfortunately, death often occurs rapidly in CHV-infected puppies despite good care.

Lack of suckle reflex/appetitePainful abdomen, bruising of the abdomen.

Hemorrhages, such as nose bleeds and small bruisesOlder puppies may develop nervous system abnormalities, including blindness and seizures.

If you think your dog or puppies may have canine herpes, seek veterinary care immediately!

‍Canine herpes virus lives in the reproductive and respiratory tracts of male and female dogs. In adults, the disease is transmitted via aerosol and direct contact, including sneezing, coughing, nosing, sniffing, licking and sexual activities between an infected and an uninfected dog. Puppies usually contract the disease in the birth canal or from nasal and oral secretions of the mother shortly after birth. Puppies can also spread the virus to one another. Just because one puppy in a litter is infected with CHV does not mean they all are.

An incubator is especially important if the kitten is extremely small, not completely developed, in distress, or if you cannot consistently control the environment and temperature in the area. Incubator Care Unit is ideal to provide a safe, clean, warm, dry place for kittens to get the tremendous amount of sleep they need to grow and develop in the critical first few weeks. Warmth is vital in the first few weeks of a kitten’s life, as they are not able to shiver, and you cannot tell when they are cold. The Incubator Care Unit should be in a quiet, private, draft-free location.

How To Guides & Information