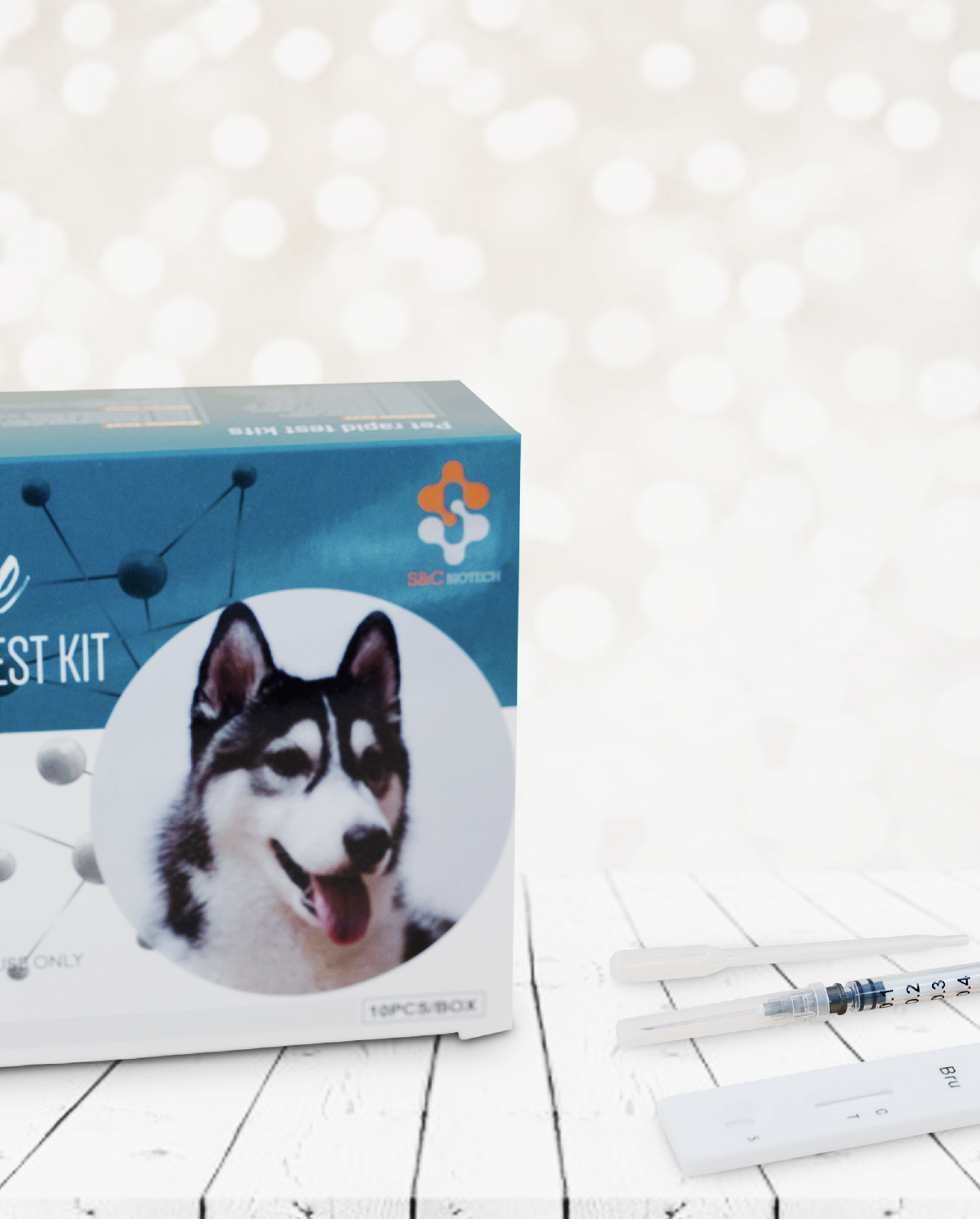 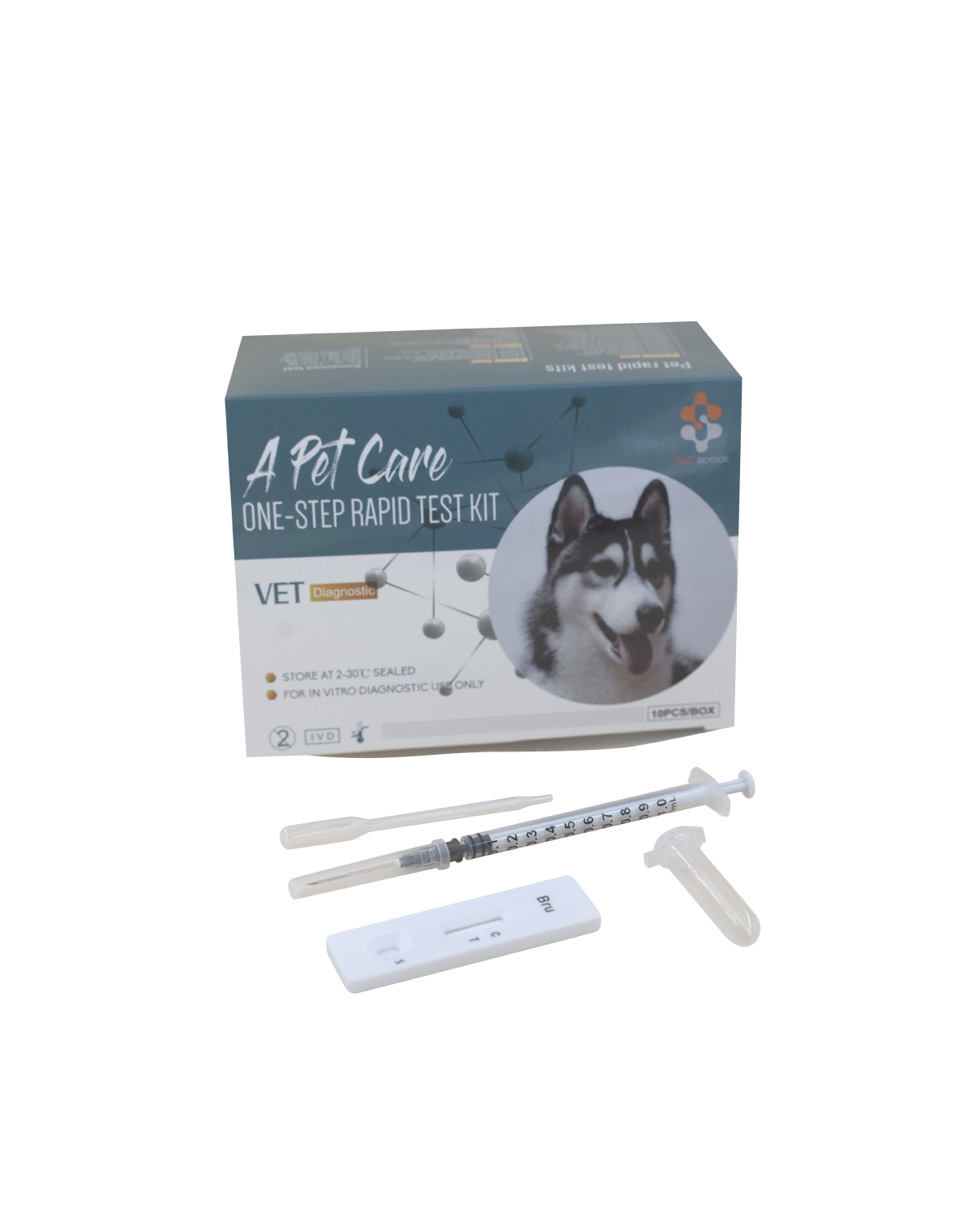 Tests all your Dogs every 6 months it's easy cheap and quick.

A dog carrying brucellosis may have no visiable signs of infection. But contact with the rest of your dogs will likely make them sterile and result in failed pregnancies and dead puppies.

There is no cure. Always quarantine new dogs for 14 days and test. Smart owners check every animl bi-annually.

This test does require you use blood we include 5 tests and 5 syringes and needles The blood has to be separated using a centrifuge or you can use a ceiling fan. Results in just a few minutes. 99% accuracy. The test cassettes are sealed in foil pouches and can be stored for over a year at room temperature. All your dogs should be tested bi-annually.

Brucellosis is a contagious disease caused by the bacterium Brucella canis. It is one of the leading causes of infertility in breeding stock. It occurs worldwide, affects all kinds of dogs, purebred and not, and can also be transmitted from dogs to humans. Other animals that can be affected with brucellosis include livestock such as sheep, cattle, and goats, as well as wildlife, including bison, elk, and wild pigs.

In dogs, a classic sign of brucellosis is abortion during the third trimester of pregnancy. Other signs include stillbirths, conception failures, and litter resorption. Some infected dogs may show no symptoms, however In humans, clinical symptoms vary. They range from mild, nonspecific or flulike symptoms to infertility or serious cardiac or neurological problems. In dogs, the bacteria tend to attack the reproductive organs (steroid-dependent tissues) but can also migrate to the eyes, spinal column, liver, spleen, and lymph nodes.